But this is a 1961 photograph of the eminent neurologist Oliver Sacks in his youth when he took a lot of drugs and lived in Topanga Canyon. He was into fitness long before it became popular and swam a mile or more every day.

Too bad he didn't pose on the motorcycle shirtless, because as you can see from this somewhat later photograph here, he has a fantastic hairy chest. You can also see the picture below in its original larger size here. 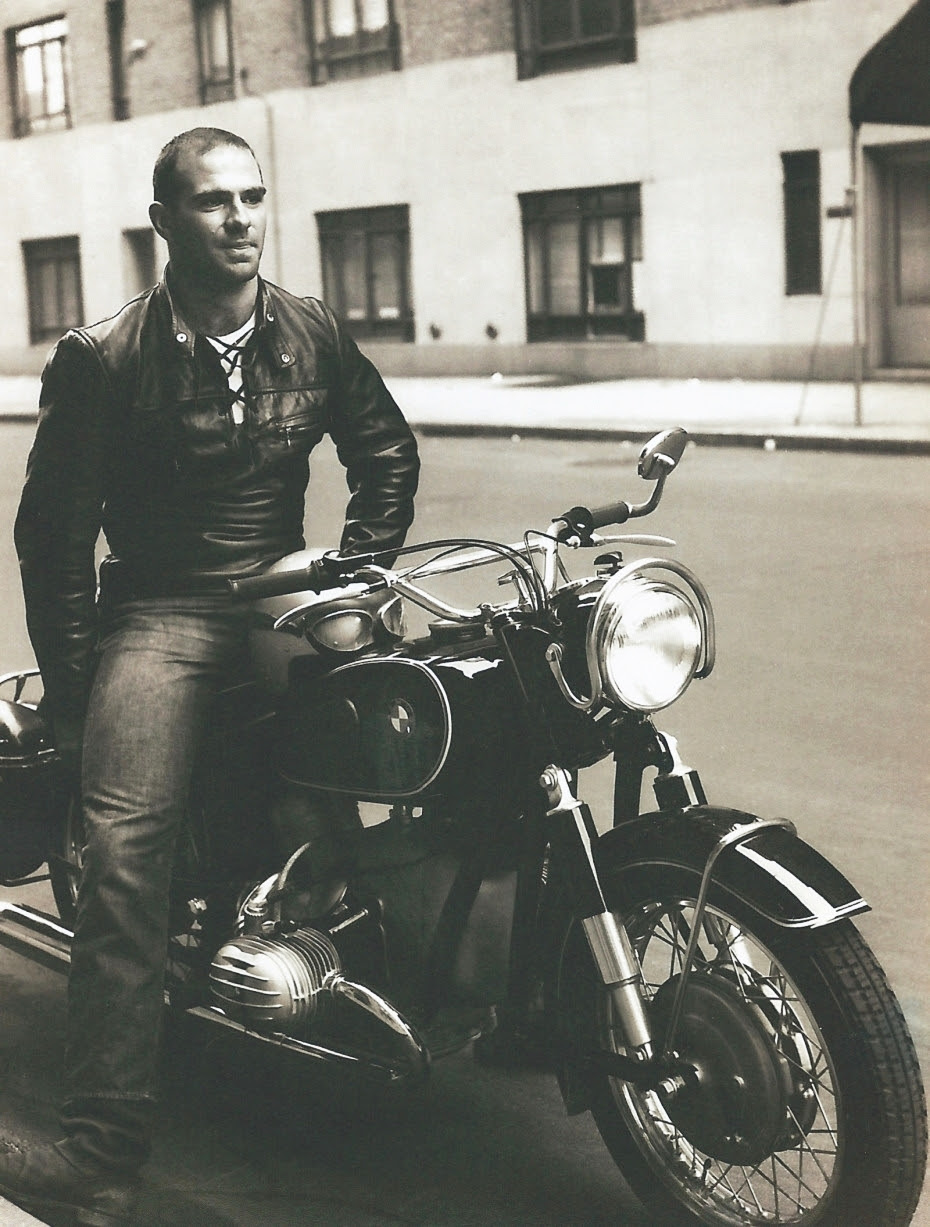