I found these a few weeks back on a now-defunct blog maintained by a woman who seemed to have a crush on this unnamed California Highway Patrol officer whom she described as 43 and divorced. She works in a civilian job for the CHP and was amused this scowling bulldog couldn't find something in the files. He doesn't appear pleased when he catches her snapping photos of him. Perhaps that's why she took down the blog.

I am reminded of a chance encounter, about two years ago, when I was driving from the Bay Area to Southern California. I stopped at some forgettable place like Denny's along Highway 99 for a stretch and a piss. When I walked in the men's room, the only other occupant was a tall, broad-shouldered CHP officer with a buzzcut standing at the sinks. As soon as I entered, I could smell his leather jacket.

He was leaning into the sink with one hand clamped over the bridge of his nose whilst moaning softly. My heart leaped in my chest. Could I be a white knight to this magnificant specimen of manhood? "Are you all right?" I asked.

He turned to look at me with a suspicious scowl on his handsome chiseled face. "Yeah," he growled after a few seconds. "Sinus headache."

Thinking quickly, I reached in my jacket pocket for an unopened package of gum. I held it out to him and said something asinine like, "gum sometimes helps with that."

His steely blue eyes considered me for a few seconds as if trying to decide whether I was a punk or harmless. He reached out with his left hand and took my humble offering. His thick, masculine fingers were cold when they touched mine, and his wedding ring gleamed in the bathroom light. He ripped open the pack, stuffed a stick in his mug, then returned the rest to me as he moved to pass out the door.

"Thanks bud," he said over his shoulder and was gone. When I returned to my car, I saw him speeding out of the parking lot onto the highway. A few minutes later, after I was on the road, I spotted him parked on the shoulder and approaching a vehicle he had ensnared.

A motorcycle cop is a man of the great outdoors, not someone at home in the stifling confines of a file room. He probably had to search for something on his way to wasting time at traffic court, where some dimwitted driver would fail in beating a citation. I've read that the CHP prevails more than 99 percent of the time when a ticket is contested.

So just don't bother dicking them around, all right? They don't have time for the likes of you. That may be, however, the reason their citations are challenged sometimes. What better way than to spend the afternoon than in the presence of a god who made a fool of you? 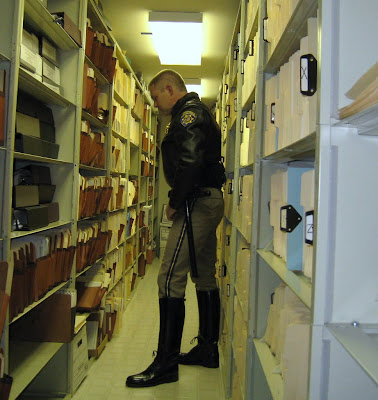 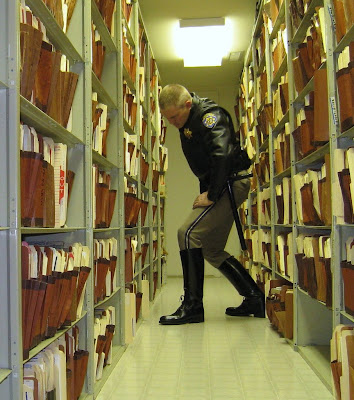 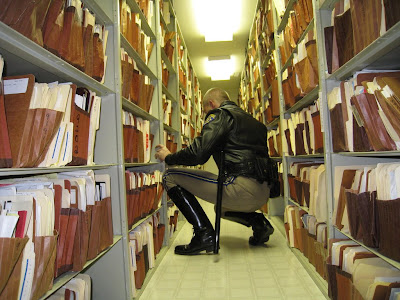 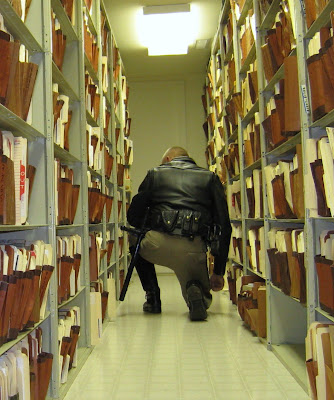 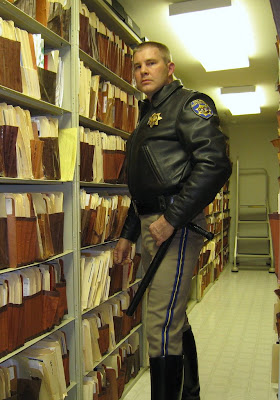