This picture turned me on more than any image I've seen in quite a while. Most people would probably be terrified in his predicament, but he couldn't be happier.

I have the idea in my head his keeper left him alone for several hours like that, and he remained hard throughout, anticipating what might soon happen. When his keeper finally returned home, his captive would find release, but only after a long while and by working very dutifully for it to the point of exhaustion. 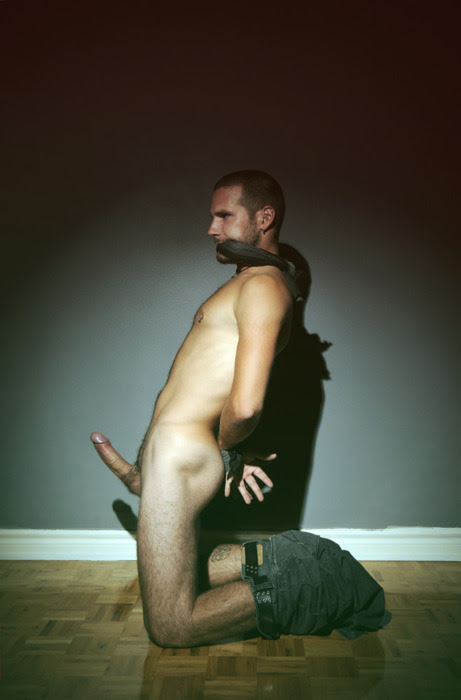