The Year of the Naked Selfie

I read in a magazine that 2014 was the year of the selfie. I hope that doesn't mean selfies will be passé in 2015.

The selfie below is of unknown origin, but it's one of my new favorites. I don't know the story behind this. The younger lad in the background looks as if he fell asleep whilst wanking. And then the older bloke in the foreground came home and found his boyfriend hard and snoozing.

Let's hope that 2015 will be the year of the naked selfie. On that note, I wish you and yours a successful and sex-filled new year filled with naked selfies. Too much sucking and fucking is never enough, particularly when there's a camera nearby. (Right click to see and save the photo in its original larger size.) 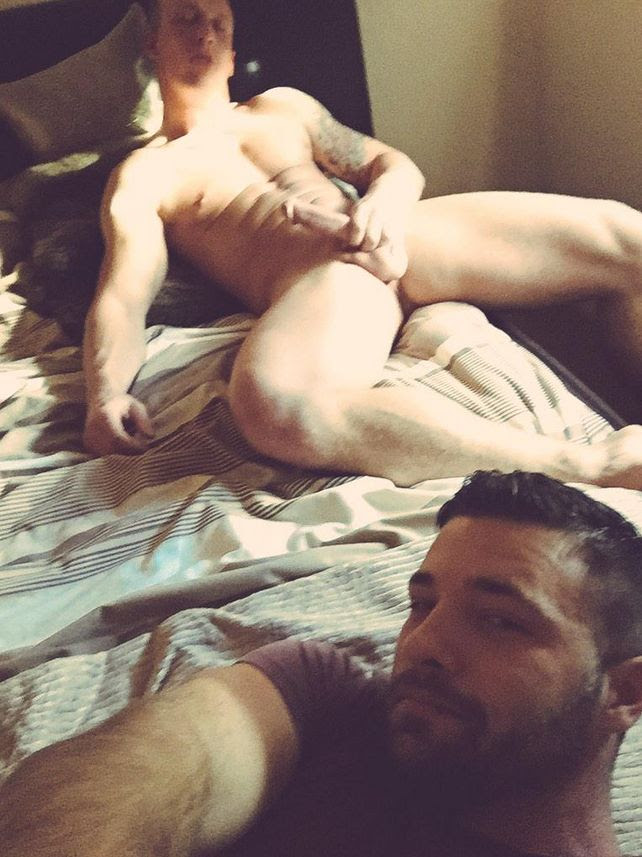