This bloke reminds me a lot of an older married man from Orange County who occasionally hooked up with me when I was in my twenties. He had a nice thick cock, too, and the same sort of cocky handsome smirk. He looked a fair bit like Harry Hamlin, who was very popular at the time, thanks to L.A. Law.

He used to take me to Best Western on Franklin Avenue in Hollywood. He was always dressed nicely in an expensive suit but I have no idea what kind of work he did. I've long lost touch with him but remember him well. If he's still alive, I wonder if he remembers me?

I'm intrigued also by the man in the photo. Was he looking to hook up and that's why he took this photo whilst dressed in a suit and advertising his cock? Did his coworkers and friends think he was a fairly "normal" guy, the sort who would never put pictures of his junk on the internet? Was he gay, bi, or straight? 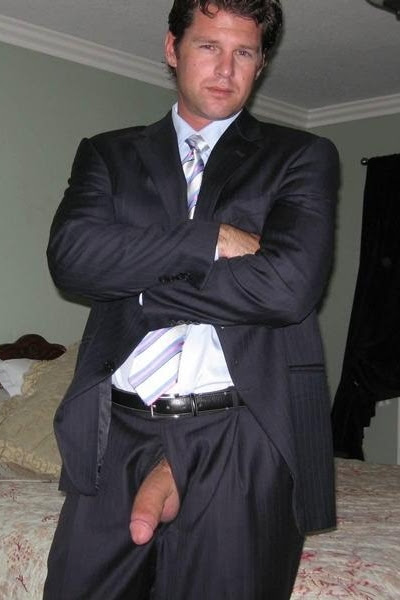