I don't know much about Steve. He's 27, a director of manufacturing (whatever that is), with aspirations for weightlifting competitions and modeling. His pictures are not the best-ever in terms of quality, but his sweet smile more than makes up for that.

On his social networking site, he says he likes weightlifting because it's the "best way to release all of my extra primal energy." I like the sound of that. He can bring his extra primal energy over to my house anytime he wants. Steve is 5'11" and weighs 190 pounds with an extremely impressive 5 percent bodyfat. He says his deadlift record is 505 pounds.

He is the kind of guy I would call "cute." He's not intensely macho, but hardly a wimp either, so he still has godly status. These pictures just make me want to rub my hands all over that silky smooth body. Does he make you feel that way, too? 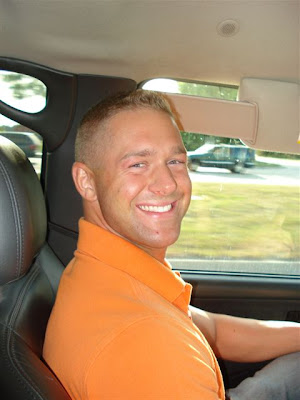 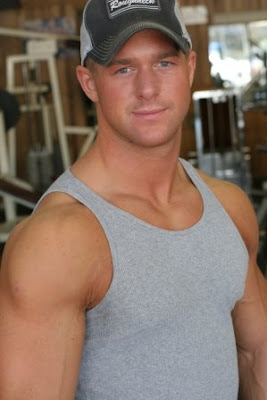 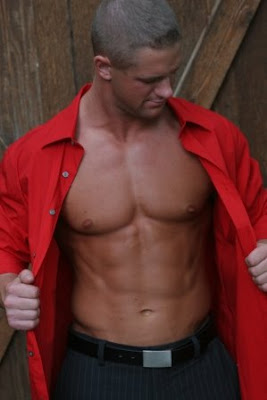 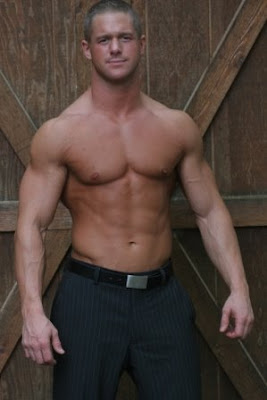 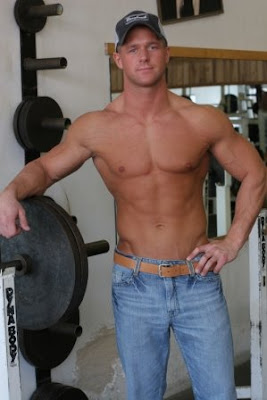