You may have heard the term "continuity error" when describing certain problems in movies and TV shows. Simply defined, it's a visual logic error between two scenes. In the first shot, for instance, John runs into the bank with a pistol, but in the next shot inside the bank he's holding a shotgun. Less obvious errors like this occur all the time because movies and shows are usually shot out of sequence.

This set has a little continuity error. In the first shot, he has on briefs. But in the next shot, he's taking off his shirt but is wearing no briefs. The only way for this sequence to work logically would be for him to take off the shirt, then put on the pants. Or, he takes off the pants, puts on the shirt, and then takes it off again. But why would he do that in the bathroom? 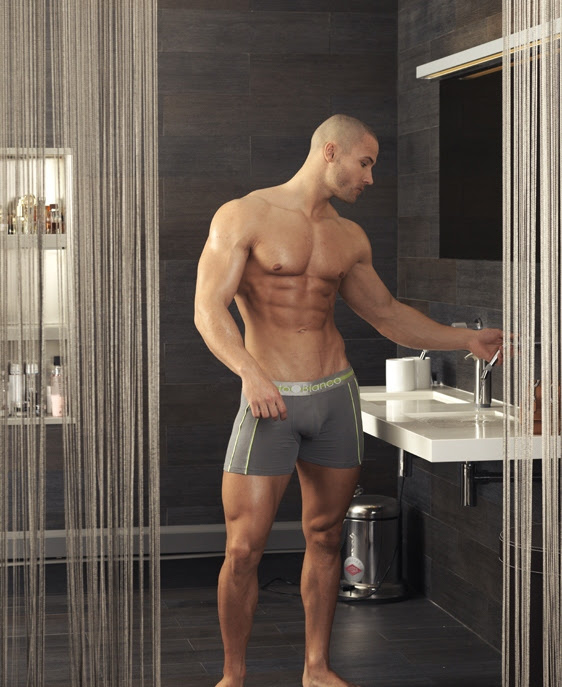 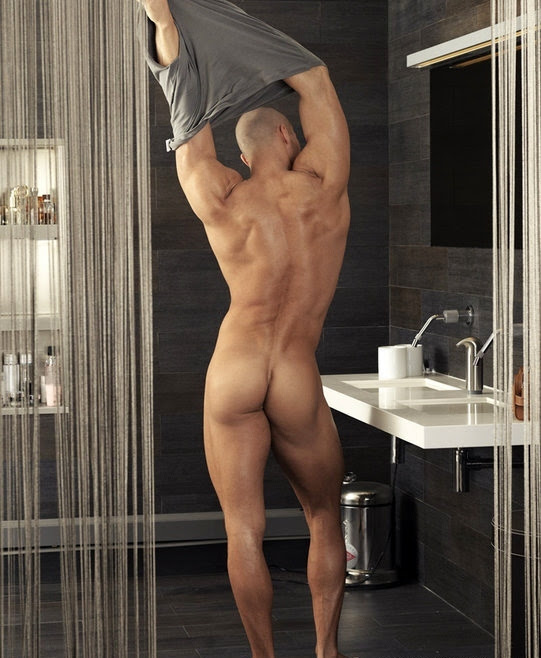 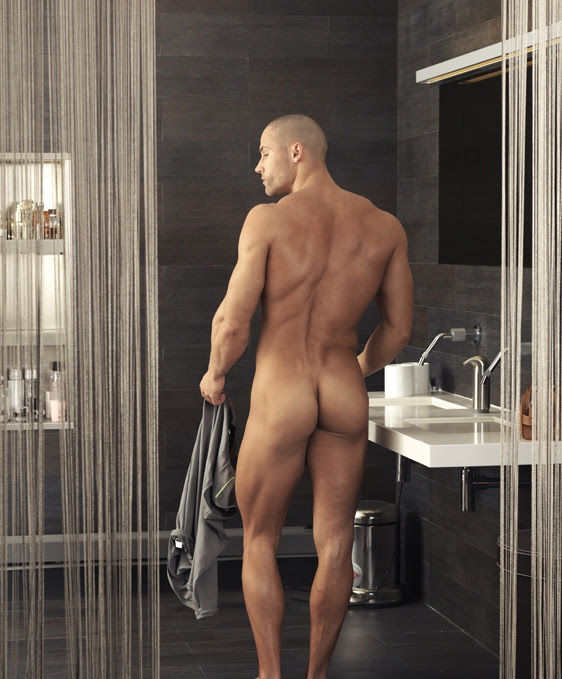 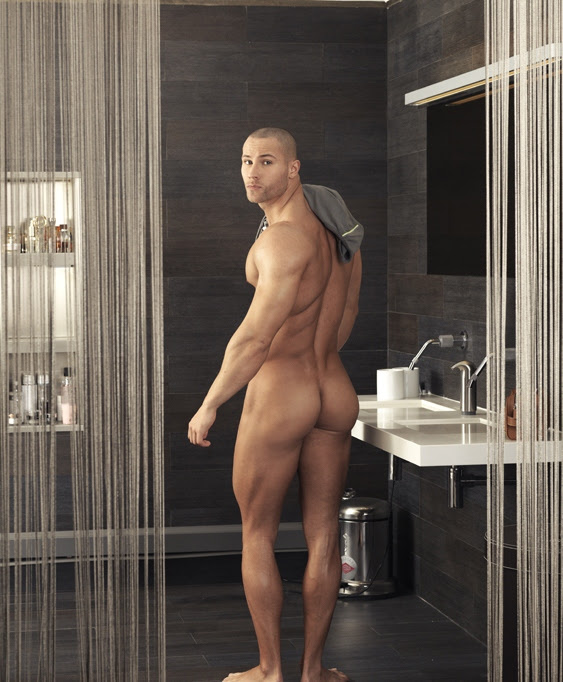